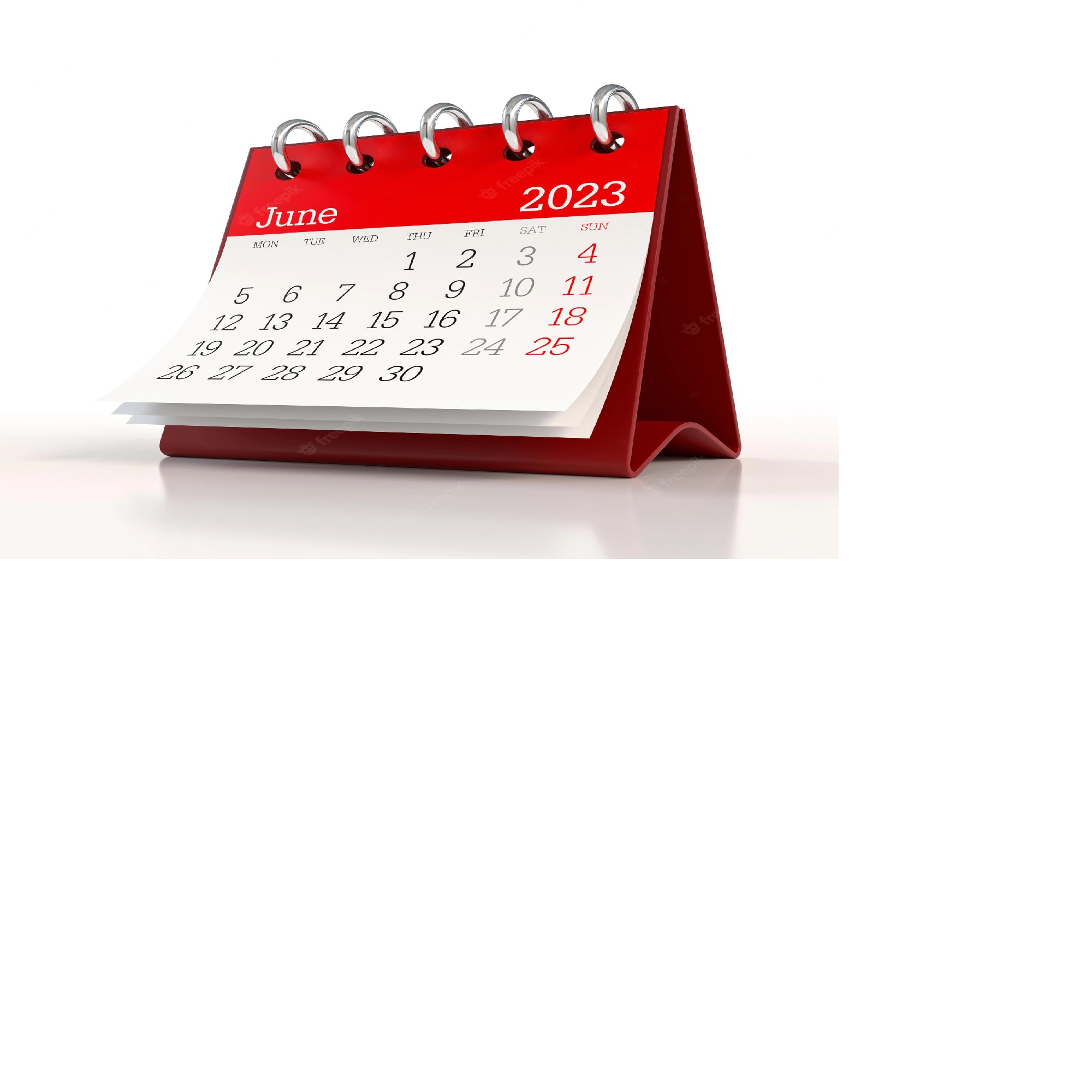 List of Important Days in June 2023 : According to the Gregorian Calendar, which is typically used worldwide, June the sixth month. The third of five months that less than 31 days in duration and the second of four that exactly 30 days long. The monsoon season in many areas of India begins around June.

In the general awareness component of many competitive tests, questions about Important noteworthy dates of June 2023 posed. Candidates must adequately prepare for General Awareness to pass exams for the SSC, Railways, Banks, UPSC Civil Services, NDA, CDS, PSC, and other exams.

The list of important June days for domestic and international events is provided below. Candidates, study the comprehensive Special dates in June 2023 list provided below to advance your preparations for the government exams.

See the following list of Important dates for June 2023, both national and international:

The World Day of Parents celebrated on June 1 of each year. By endorsing a resolution honouring parents for their enduring support, sacrifice, and love for their children, the United Nations General Assembly established this day in 2012.

The globe over, including Europe, observes this day on June 2. June 2 is designated as International Sex Workers’ Day because on June 2, 1975, nearly 100 sex workers protested against their exploitative living and working conditions by occupying the Sant-Nizier Church in Lyon, France. The cops raided the Church on June 10 in a terrible manner. This deed became a national movement recognised globally and in Europe today.

The Telangana has a distinguished past. Telangana State celebrates its founding day on June 2 with pomp and circumstance by hosting numerous events, cultural activities, etc. In the 1950s, Telangana began its fight to become its state.

June 3 International Bike Day. The United Nations General Assembly declared June 3 to be International World Bicycle Day. The adaptability and environmental friendliness of bicycles as a mode of transportation appreciated.

World Environment Day on June 5. We learn about the ongoing global climate change as each day goes by due to the environment’s disturbing ecological balance.

June 6 World Pest Day. Pest organisations play a very important role in preserving public health because the problem of pests gets worse during the rainy season because they give rise to many diseases. This day observed to increase public awareness of this.

World Food Safety Day is on June 7. Eating healthy food is very important, and you should avoid eating at roadside food stands because doing so raises the risk of food contamination. This day observed to raise consciousness and encourage action to aid prevention, detection, and management.

World Day Against Child Labor commemorated annually on June 12. The day observed to raise awareness of child labour, a significant issue of concern.

World Blood Donor Day observed annually on June 14 to raise awareness of blood donation and blood donors. All blood donors also recognised for their support of a good cause.

The third Sunday in June designated each year as World Fathers’ Day. Father’s Day a celebration of paternity, paternal ties, and the contribution of dads to society. Around the world, the day enthusiastically observed.

Every year on June 20, people around the world commemorate refugees. It observed to pay tribute to all refugees, to spread awareness of their plight around the globe, and to enlist support.

The Summer Solstice occurs on June 21. With the most extended amount of daylight, it is the longest day in India and is one of the Important dates in June 2023.

Every year on June 23, International Olympic Day observed to raise awareness of the value of competition in daily life. Olympic Day is much more than just a competition. It’s time for the globe to begin moving today.

The UN General Assembly has chosen this day to honour June 23 as Public Service Day. It emphasises the role that public service plays in the development process, honours the contributions made by public employees, and inspires young people to work in the public sector.

Small and medium-sized businesses crucial to the expansion of the national economy. This day observed to honour the contribution the MSMSE Sector has contributed to national development.

To commemorate Prasanta Chandra Mahalanobis, who made a significant contribution to economic planning and statistical development, National Statistics Day observed on June 29.

FAQs Regarding the Calendar of June 2023 important days

Father’s Day is observed in June?

Yes. One of the June 2023 special days is Father’s Day, observed annually on the third Sunday of June.

World Oceans Day is observed every year on June 8 as a June month important day.

Every year on June 23, International Olympic Day is observed, and it is one of the Important dates in June 2023.

What Important days of June 2023 Significant?